Find out how our personal injury lawyers can help you with your claim.

A Wisconsin injury lawyer will not only assist an injured party in proving a party’s negligence and the resulting damages, but also will navigate complex insurance issues, sometimes with the injured party’s own insurer.  In the interest of saving money, some injured parties attempt to settle their claim on their own.  But dealing with an insurance company directly can actually result in a lower recovery for the injured person — even after factoring in a personal injury lawyer’s contingent fee — simply because he or she does not fully understand the insurance company’s legal obligations.

For example, in a unanimous decision, the Wisconsin Supreme Court ruled in 2012 that an injured driver was entitled to recover the full value of medical services she received, even though her health care provider had written off about 84% of the bill based upon discounts.

Lindy Orlowski was injured in a car accident, and the at-fault driver was underinsured. After exhausting the coverage under the other driver’s insurance, Orlowski submitted a claim to State Farm Mutual under her own policy for underinsured motorist (UIM) coverage.

Orlowski’s medical bills totaled $72,985.  However, the medical provider had written off $61,487 based upon discounts received through Orlowski’s health insurance policy with United Healthcare.  Orlowski’s auto policy had a mandatory arbitration clause, and the arbitration panel awarded her $11,498 in medical expenses — the “unwaived” portion of her medical bills. Orlowski sued in circuit court.  Her personal injury lawyer argued that she was entitled to compensation for the full value of her medical expenses.  The circuit court agreed and modified the arbitration award.

State Farm appealed the decision, and the appellate court certified the case, asking the Wisconsin Supreme Court to resolve a conflict it perceived with the court of appeals decision in Heritage Mutual Ins. Co. v. Graser, 2002 WI App 125, 254 Wis.2d 851, 647 N.W.2d 385.

The supreme court affirmed the award of the full amount of medical expenses to Orlowski, stating that, “The holding in Graser that was addressed to the specific factual scenario in that case is not implicated here, where the dispute centers on written-off medical expenses and not a waived subrogation right.”  The court went on to overrule Graser “to the extent that it created a blanket rule that the collateral source rule does not apply to an injured part’s UIM action.”

The court also disagreed with State Farm’s argument that Orlowski would receive a “windfall”  if she received both the discount under her health insurance policy and recovery for the written off expenses through her auto insurance policy.  The Supreme Court disagreed, reasoning that Orlowski had paid premiums for both policies, and should receive the benefit from both policies.

The takeaway for this from an injured party’s perspective is that what you don’t know CAN hurt you.  I think that most people, when told by their insurance company that they can’t recover for the medical expenses written off due to health insurance discounts, would simply accept that, and walk away thinking they’d saved a bundle by not hiring a personal injury lawyer to handle their claim.  In the case above, that means Ms. Orlowski may have walked away with $11,498 for her medical expenses.  Because she had a Wisconsin injury lawyer, she recovered $72,985 for her medical expenses.  Even if her Wisconsin injury lawyer received the standard contingency fee of 1/3, Ms. Orlowski would receive over $48,000 — more than 4 times the amount to which her insurance company claimed she was entitled.

At Eaton John Overbey Jackman, our personal injury lawyers have obtained many settlements for injured parties who assumed they would recover little to nothing for their injuries.  In one instance, a client nearly settled his claim for $25,000.  Our team of personal injury attorneys recovered $500,000 for him.  In another case, a client didn’t realize he could file a claim for his injuries with his own insurer.  He would have received nothing, but instead we obtained a $250,000 settlement for him.  Of course, every case is different, and the amount that a Wisconsin injury lawyer can obtain for you depends upon the specific facts of your case.  Call a Wisconsin injury lawyer at Eaton John Overbey Jackman, LLP for a free consultation.  All accident and injury cases are handled on a contingent fee basis — there is no fee unless we are successful! 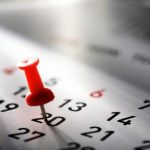