Eighty-eight year old Roger Hansen was in the process of making a will with an attorney, but died without signing it.  Since he did not have a will, his estate passed to his heirs under intestate succession laws.

As an estate planning lawyer, I occasionally have clients who have “made a list” of who gets what when they die.  Particularly with regard to household items (which, believe it or not, is often the stuff that heirs fight about), people come up with some creative ways to make their wishes known, such as taping the name of the person who is to receive an item to the bottom of the object.  Others may title bank accounts or other assets jointly with one of their children, saying that they trust that child to divide everything fairly with his or her brothers and sisters.

The problem with all of these “do-it-yourself” estate plans is that none of them are legally enforceable.  An estate planning lawyer can make sure that your wishes concerning the disposition of your property will be fulfilled by incorporating those wishes into a legal and binding document such as a will or trust.  And, yes, you can even incorporate a hand-written list, which you can change on your own, identifying who receives various items of tangible personal property. But, it must be done in conjunction with a valid will in order to be legally enforceable. ~Mary M. John, Partner: Eaton Law, LLP

Mary M. John is an attorney with the law firm Eaton Law, LLP.  She has been providing estate planning services since 1992.  With offices located in Wausau, Wisconsin, Mary regularly travels to Marshfield to meet with clients.

During his lifetime, Hansen loaned a total of $278,000 to three nieces and a great-nephew.  The loans were evidence by notes and secured by mortgages.  The debtors argued that drafts of Hansen’s will and a letter to his attorney indicated that Hansen wanted to forgive all of the debts upon his death.  Another heir, whose share of the estate would be reduced if the debts were forgiven, disagreed.

The Court of Appeals acknowledged that it was undisputed that Hansen intended that, upon his death, that the debts in question be forgiven.  Intent alone, however, is not sufficient.  The gift must actually be “delivered.”  The debtors argued “delivery” occurred when Hansen made notations on a draft will and sent a letter to his attorney, stating that the debts should be forgiven at death.  However, the appeals court ruled that “delivery” did not occur because Hansen had not directed the attorney to deliver the writings to the debtors.  “Thus, the delivery to the attorney, with no instruction for delivery to any debtors, does not constitute delivery to any debtors,” wrote the Court.

Waiting until death is imminent to complete your estate plan only increases the risk that you will be unable to take the steps legally required to ensure that your wishes are fulfilled.  On the other hand, taking care of your estate planning while you are relatively young and healthy not only reduces the odds that you will die before the plan is finalized, but also gives you the luxury of time to contemplate, read and understand your plan, making sure that your wishes ultimately will be fulfilled. 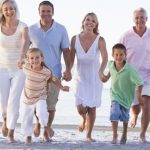 Protect Assets from Nursing Home: Irrevocable Trust May not be AdequateEstate Planning 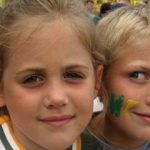