Find out how our car accident attorneys can help you with your claim.

A 19-year-old Kayla Bower of Sheboygan has been charged in Sheboygan County Circuit Court with five felonies, including homicide by intoxicated use of a vehicle. Bower allegedly drove drunk and hit three pedestrians at about 11 p.m. on August 6th, following the Brat Days festival.

According to the criminal complaint, Bower was leaving Brat Days when her car struck three women, who were walking in a marked crosswalk on North 17th Street at Niagara Avenue.

At the personal injury law firm of Eaton John Overbey Jackman, we have seen first-hand the devastating effects of driving under the influence of alcohol or drugs.  We recently represented a young man injured in an auto accident caused by a driver who had been smoking marijuana.  Our client, who was 19 at the time, suffered permanent brain injuries.  Though the driver was uninsured, we were able to obtain a policy-limits settlement from the insurance company covering the auto dealer who sold the car to the teen driver.  If you or someone you love has been injured by an impaired driver, call us at 715.843.6700 to make sure your rights are protected.

Bower admitted she had been drinking before going to the festival. She told police she panicked and drove off, then abandoned her vehicle a few blocks away from where the crash occurred and ran home, where a police officer was waiting for her.

One victim, 60-year-old Barbara J. Janke, of Sheboygan, died of her injuries two days later. Janke’s daughter, Marissa C. Mallman, 19, and a friend Katrina N. Lulow, 19, who is five months pregnant, were also injured. Both have been released from the hospital.

Mallman told police she and the other women had checked for traffic several times before attempting to cross North 17th Street and did not see any vehicles approaching. Witnesses told police they saw a vehicle (apparently Bower’s) traveling on 17th Street with no headlights on and then saw two bodies fly over the top of the vehicle. They said the vehicle never slowed down.

Bower was charged with three felony counts of hit and run, with separate charges for causing great bodily harm, injury and death; two felony counts of intoxicated use of a vehicle, with separate charges for causing injury and homicide; and one misdemeanor count of operating while intoxicated, causing injury. If convicted, Bower could be sentenced to nearly 50 years in prison. 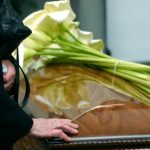 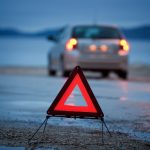